Puppy Surprise is Back!

Do you remember Puppy Surprise from the 1990s? 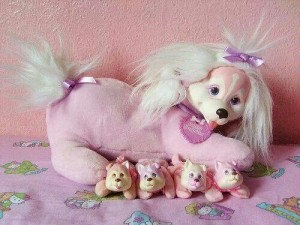 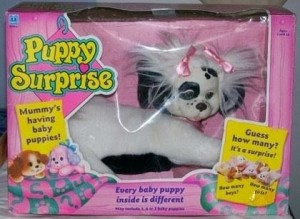 These dogs were produced by Hasbro from 1991 to 1993. The surprise part is that the mom dog has a Velcro pocket in her tummy which contains an unknown number of puppies. One can only wonder if this toy raised questions about where puppies actually come from.

Well, Puppy Surprise is back and being touted as being better than ever. Just Play is selling them through major stores like Target, Walmart, Toys R Us, and Kmart. There are currently three dogs available: Popcorn, Sugar, and Zoey. Just like with the first toys you never know how many puppies you are going to get! 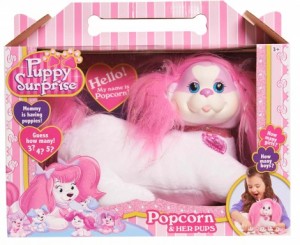 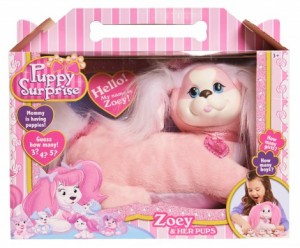 Sugar out of the box: 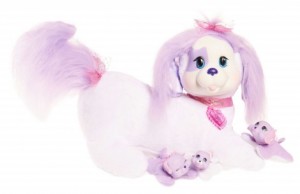 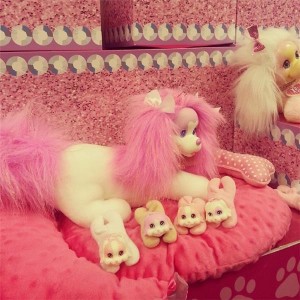 Toys R Us has an exclusive dalmatian named Gigi: 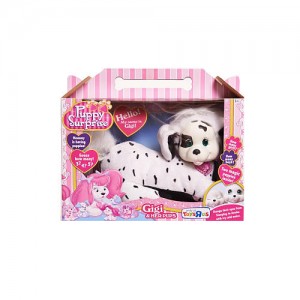 Comparing the two via pictures the new box looks a little nicer now, like a dog carrier. The dogs look much the same but the puppies seem a bit different.

I will try and post my own pictures and review once I get one.

Warning: count(): Parameter must be an array or an object that implements Countable in /homepages/3/d161544361/htdocs/plushiecollector/wp-includes/class-wp-comment-query.php on line 405